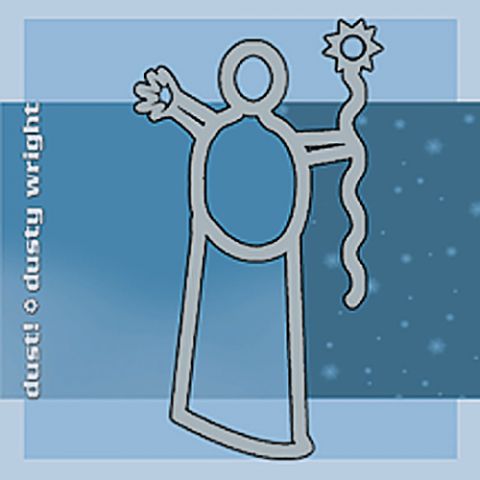 A soundtrack to an unmade modern Western created for a film/theater project, this wonderfully eclectic album features some of Dusty's best friends on many of the tracks including guitarists Robert Quine (Lou Reed, Richard Hell & The Voidoids), David Lee Waters (The Waters Project), and Mark Lonergan (Band of Susans). Buy/stream the album via links. First use of his iconic petroglyph logo.