Dusty Wright sets release date for his ninth album for April 1st, 2022. His ninth long player entitled Lonelyville was co-produced/mixed by Martin John Butler and mastered by Maggie Luthar at Welcome to 1979, Nashville. AmericanaUK said: "'Cinematic Americana' was how someone once described Dusty Wright’s music. For a guy that loves to write, and not just music, it aptly described his vignettes of love, loss, and the mysteries of life. Darkness abounds, wonderful darkness." 11 songs written and recorded during the Covid lockdown in East Chatham, NY. The cover was painted by NYC-based artist Steve Keene and designed Bob Delevante (The Delevantes).

Can Anyone Hear Me?, Dusty's 8th album is being mixed and co-produced by Dan Cardinal at his Dimension Sound Studios in Boston. Dan has been hailed for his work with artists Darlingside, Josh Ritter, Mark Erelli, Lula Wiles, Darol Anger, et al. The album will be released on August 7, 2020. Original cover linocut artwork is being readied by UK artist Kester Hackney. Press will again be handled by former Go-Betweens bassist Robert Vickers. 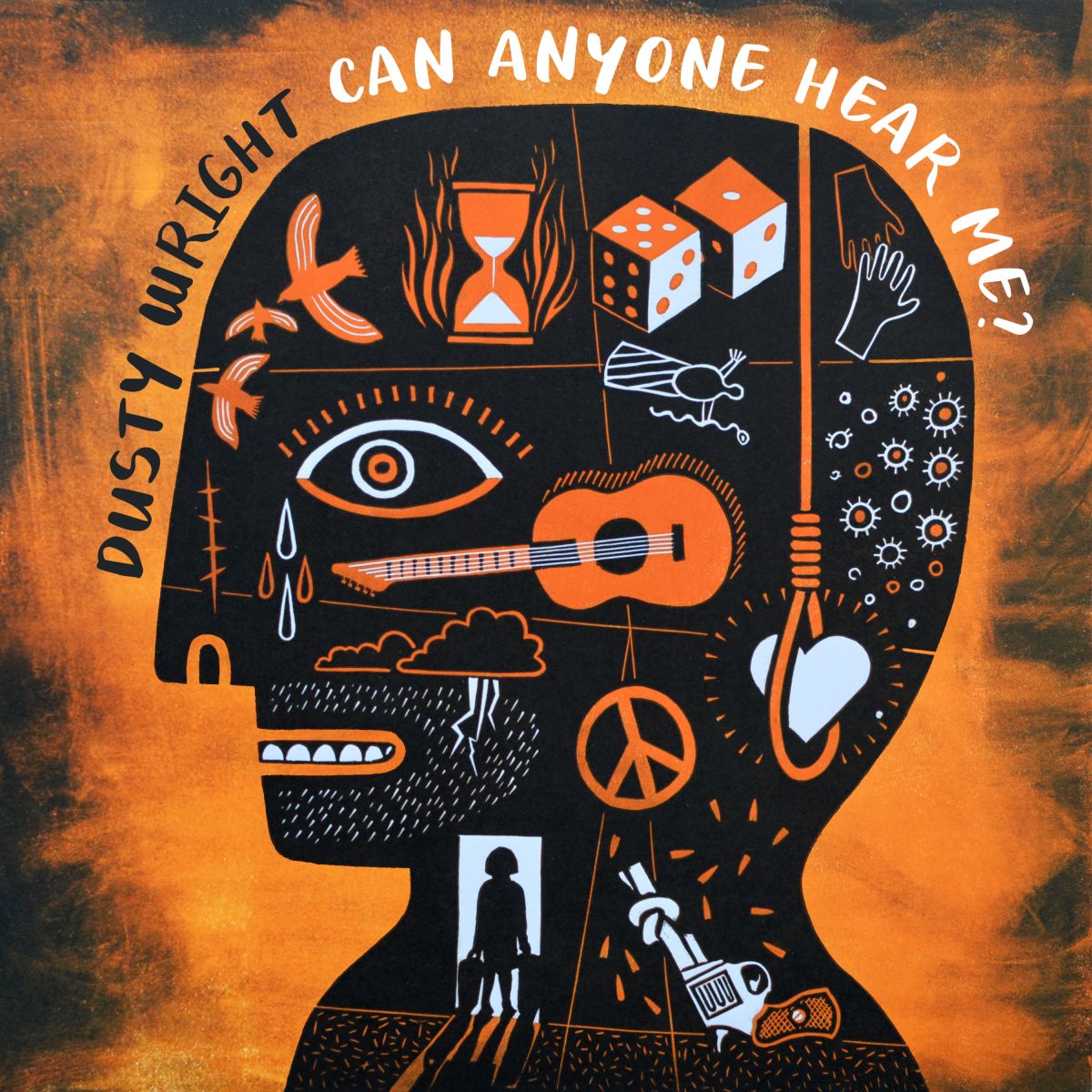 A brand new video for John Fogerty's timeless classic "Bad Moon Rising" from Dusty's next album Can Anyone Hear Me? was shot and edited by Dusty's bass player Kevin Mackall. Inspired by climate change warriors everywhere, the song is even more ominous during the Covid-19 pandemic. It will be released on Earth Day 2020.

"Everyman's Burden" -- a new song about prejudice -- was released today on Dusty Wright's YouTube channel for NPR's Tiny Desk contest 2019. Performed by The Dusty Wright Trio (Dusty, guitarist Jonathan K. Bendis, bassist Kevin Mackall), it was written for the forthcoming album Can Anyone Hear Me?. The video was shot on Kevin Mackall's iPhone on Sunday, April 7th.

"The Man In The Mirror," the second single from Dusty Wright's 7th album Gliding Towards Oblivion, is being readied for distribution. An accompanying video is nearly finished and they will be released on the same day. It's being co-directed and edited by Matt Dehoff. New York based-filmmaker Mr. Dehoff co-directed and edited Dusty's "Mellow Yellow" video .

Gliding Towards Oblivion was released today on all digital platforms including Amazon, BandCamp, iTunes, Spotify, YouTube, and more. This is Dusty's 7th album since recording and released his self-titled debut in 1997. Check out his store link to purchase or listen to his new album or any of his catalog. Original artwork and album design by Daniel Martin Diaz. 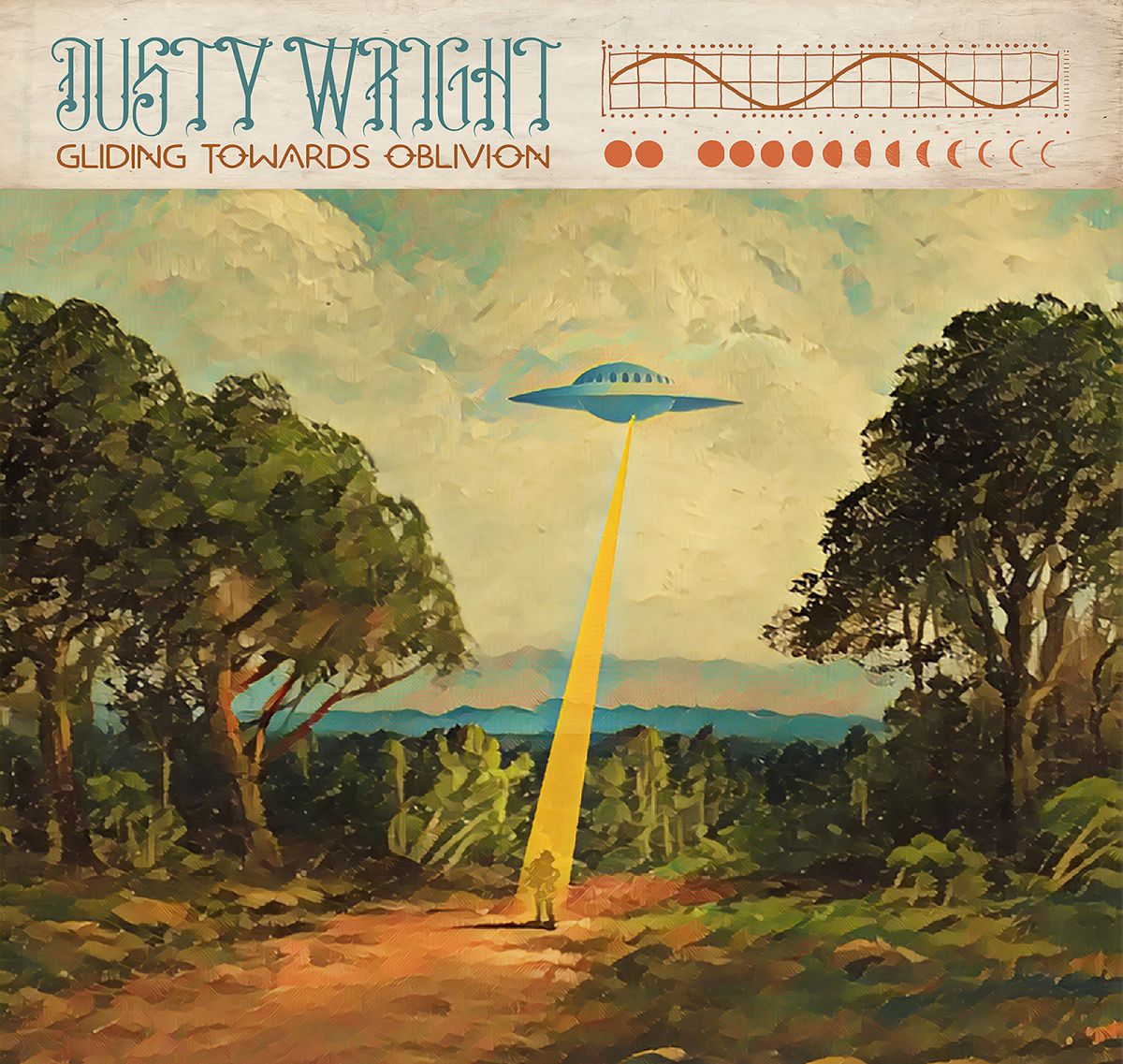 Ditty TV is set to feature Dusty's "Mellow Yellow" video on The Curve on Wednesday, October 3rd at 11:00 PM/EST with the rebroadcast happening at 11:00 AM/EST on Thursday, October 4th. Amy Wright hosts The Curve, the popular music video show produced and delivered by the tastemakers at DittyTV.  Amy is a fiddle player, vocalist, songwriter and lover of all live music. She is also a co-founder and COO of DittyTV and is currently serving on the Memphis Americana Music Society Board.

DittyTV is accessible on the web and on any connected device, and also on your TV set via AppleTV, Fire TV, Roku, GoogleTV, Sony and LG Smart Televisions, and through cable providers with digital service, like Mediacom, Comcast and Cox via a Tivo box. Or online via https//dittytv.com/watch.

Dusty has released his new single "Mellow Yellow." This timeless '60s folk-rock classic was written and recorded by the legendary Scottish bard Donovan in 1966 and reached number 2 on the music charts in the US. Donovan said Dusty's swinging arrangement reminded him of Mose Allison and Blossom Dearie. In fact, he even added his guest vocals with other notable NY-based musicians David Lee Waters on guitar, Brandon Wilde on bass and Howard Halpern on drums. A video will be released in the next few weeks co-directed by Vine sensation Matthew Dehoff.

Dusty and his band will perform during Make Music Day 2018. It's a free celebration of music around the world on June 21st. Launched in 1982 in France as the Fête de la Musique, it is now held on the same day in more than 800 cities in 120 countries. This is the second year Dusty will be participating. He and his quartet (David Lee Waters, Anton Oppenheimer, Ira Zadikow) will be playing at the very popular ChaShaMa public art space Anita's Way at Times Square (135 W 42nd Street, New York, NY 10036).

Dusty has begun work on a new anti-gun violence song entitled "Book of Tears." As a father of two teenagers, he's into bridging the divide between “left vs. right” and creating sensible solutions that benefit all of humanity. Joining him on the track -- drummer Sammy Merendino, guitarists Jonathan K. Bendis and David Waters, bassist Peter Hamilton, and vocalist Jenna Torres. He's currently looking to enlist other high profile artists to participate in the song and/or video. Please DM him through this website for additional information. 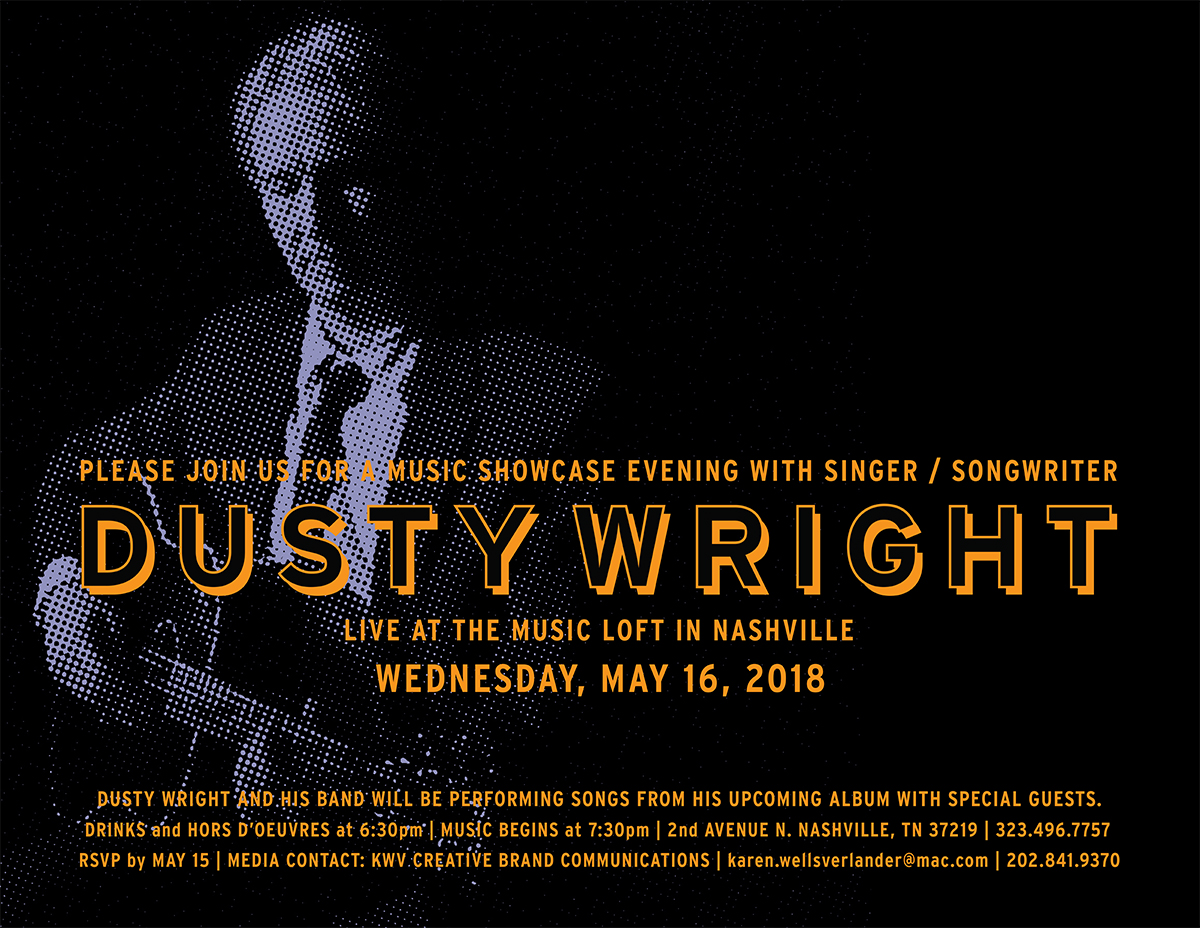 Dusty just wrote and recorded original music for his track "The Last Hour" for poet/curator/critic Rob Cochrane's tribute to Manchester poet James Lyons (1896-1918). The gorgeous ballad features his longtime cellist Matt Goeke. Based on a poem about the sinking of the Titanic, it will be part of The James Lyons Poetry Project tribute featuring other notable musicians Bill Fay, Sharon Lewis, John Howard, The Children of Rain, etc. The limited edition CD with book, limited edition vinyl album, and standard issue compact disc is scheduled for release in the late summer.

Dusty just wrote and recorded original music for his track "The Last Hour" for poet/curator/critic Rob Cochrane's tribute to Manchester poet James Lyons (1896-1918). The gorgeous ballad features his longtime cellist Matt Goeke. Based on a poem about the sinking of the Titanic, it will be part of The James Lyons Poetry Project tribute featuring other notable musicians Bill Fay, Sharon Lewis, John Howard, The Children of Rain, etc. The limited edition CD with book, limited edition vinyl album, and standard issue compact disc is scheduled for release in the late summer.

Dusty recorded and mixed one of his favorite childhood songs "Mellow Yellow" by Scottish-born bard Donovan. He also convinced the award-winning singer-songwriter to add guest vocals to his classic '60s anthem. It will be included on his next solo album Gliding Towards Oblivion. Look for an advanced single and video release this summer. Continuing on the theme from his two previous albums, If We Never... (2011) and Caterwauling Towards The Light (2017), this final album in his trilogy is a further existential exploration of life for a middle-aged man in a world starving for spiritual enlightenment. It is being produced by Dusty and recorded/engineered by Dusty, Martin John Butler, and Brandon Wilde at Straus Park and Two Dog studios in New York City. Brandon Wilde is mixing the album. The cover artwork (prelim artwork below) is by Daniel Martin Diaz. Stay tuned for the official release date and select live shows.

For the second straight year, Dusty recorded and released a video for NPR's Tiny Desk Contest 2018. His live rendition of "I Got Lost" from his latest album Caterwauling Towards The Life is an homage to deceased father's battle with dementia. Joining Dusty on the track were guitarist Jonathan K. Bendis and cellist Matt Goeke. Click link below or watch it on YouTube.